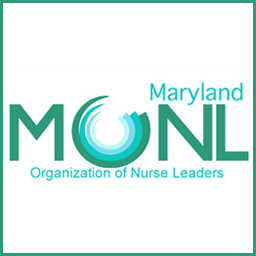 Please join us for another "2 presentations in one session" on topics very relevant to nurse leaders in our state.

Bob Dent is President of the American Organization of Nurse Executives (AONE) and previously served as past chair of the AONE Foundation Board of Directors, member of the board of directors for AONE and the Texas Organization of Nurse Executives. He also served on the boards for Midland’s YMCA, Hospice Midland. He currently serves on the boards for Texas Tech University Health Sciences Center’s Alumni Association, Values Coach, Inc. and the University of Phoenix. He is the recipient of many awards including Nursing Management’s 2016 Richard Hader Visionary Leader Award, the Texas Organization of Nurse Executives Excellence in Leadership Award and the Texas Tech University Health Sciences Center Distinguished Alumni Award for his leadership. He recently co-authored, The Heart of a Nurse Leader and has been extremely busy promoting his book.

Brian Frazee serves as Vice President of Government Affairs for the Maryland Hospital Association (MHA). In this capacity, he advocates for Maryland’s 64 hospitals and health systems primarily before the Governor, his administration, and the Maryland General Assembly. Prior to joining MHA in 2015, Brian served as Director of Public Policy for the Maryland Association of Community Services, a state association of over 100 nonprofit providers supporting people with developmental disabilities. He also served as an Associate with Capitol Strategies, a government affairs firm in Annapolis. Brian began his career as an intern with former Senate Finance Committee Chairman Thomas "Mac" Middleton before serving as the Senator's campaign manager. Brian graduated from the University of Maryland Baltimore County (UMBC) with a Bachelor's Degree in Political Science and a Master's Degree in Public Policy with a concentration in health policy. At UMBC, he was a member of the Sondheim Public Affairs Scholars Program, the Honors College, and served as the University’s Community & Governmental Relations Assistant. Brian serves as Executive Vice President of the UMBC Alumni Association Board of Directors and as a member of the Maryland Government Relations Association (MGRA) Board of Directors.